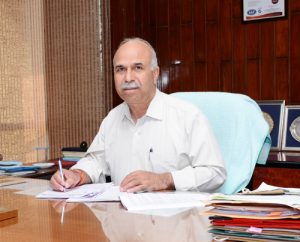 Salt affected soils have been known to the mankind since time immemorial as these lands have been an integral part of the landscape of arid and the semi-arid regions. The salinity-sodicity problems gained prominence in the post irrigation era because the farmers supposed to get high yields, failed to achieve the same. For many farmers, cultivation became uneconomical, ultimately leading to the abandonment of the land. Although varying figures on the extent and distribution of salt affected soils in India are quoted yet the reconciled estimate made by CSSRI recently put this figure at 6.73 M ha. Compared to the figure given by the institute in 1970, the extent remains almost the same. As such, it appears that during the last 4 decades land reclamation and degradation had the same magnitude. Besides loss in productivity, these lands are an eyesore and have severe eco-environmental problems. The CSSRI, with an all India mandate, gave a real impetus to the reclamation of salt affected soils and use of saline water in the country. You are all aware that the institute lived up to the expectations of the Government of India and the ICAR as large acreage of abandoned lands have been reclaimed due to our technologies. I am happy to state that recognizing these achievements, CSSRI has been rated as the best institute in 1998 and 2009 by the ICAR. I congratulate all the staff for these achievements.

Although the achievements of CSSRI are well publicized and known to all, I would like to repeat that with the large scale application of our gypsum based technology about 2.0 M ha of barren salt-affected soils have been reclaimed. It has been a stupendous task for which CSSRI, Line Departments, Land Reclamation Corporations and above all the farming community need our applause. It resulted in the addition of more than 16 million tonnes of food grains to the national food basket. Besides, it has directly favorably altered the socio-economic status of 10 million people living in rural India. The surveys made at various levels have revealed that women in the households have benefited most from the land reclamation revolution. The subsurface drainage technology to reclaim waterlogged saline lands, which was initially developed in Haryana at Sampla, has also spread to several states. Although the technology is picking up slowly, individual farmers are coming forward to implement the technology at their own cost in Karnataka, Gujarat and Maharashtra where gravity outlets are available. Besides, manholes and sumps constructed under this technology have also become sources of water supply for irrigation. Development of salt tolerant varieties is our another major achievement and I am happy to say that CSR 30 variety developed by the institute is in great demand and finds mention in the brochures of several seed corporations and insurance companies. Replacement of other Basmati varieties by CSR 30 is a real happening in Punjab, Haryana and Uttar Pradesh. Use of saline/sodic water, package of practice to apply wastewater to different cropping sequences, bio-drainage, bio-saline agriculture and agro-forestry interventions are some of other success stories or best practices that find application for managing saline soils and waters. Our regional research stations have their own successes and they are catering to land reclamation efforts in their areas of jurisdiction. Our RRS Canning Town has done commendable job in developing the land shaping technology. The CSR-Bio developed by RRS, Lucknow, is a promising technology and three private companies have signed MoU with us for commercially using this technology. This brief is not meant to highlight a particular technology but to bring the focus to the fact that our efforts have been commendable. The social audit reports carried out by the two separate teams, constituted by the Council to assess the social benefits of the institute technologies, are testimony to this statement.

Our achievements have been appreciated but that should not allow us to sit on our laurels as our peers and the Council wants much more from us. Honorable Dr. Trilochan Mohapatra, Secretary DARE and DG, ICAR in his address emphasized that he expects best from the best institutes. We have to live up to his expectations, and the expectation of the farming community who are looking to us for new cost effective technologies for sustainable livelihood. We need to research new areas, which might not be our priorities before. Climate change is a reality and that would alter the water availability and quality scene beyond any ones expectations. For such issues we have to explore new linkages, invest in new infrastructure and update our human resources so that we have the best faculty and facilities. I am happy that many new colleagues have joined the institute. Both CSSRI and ICARl have great expectations from them, as their expertise and new thinking would be most crucial in meeting the new challenges. Number of co-ordinated centers in the management of salt affected soils and use of saline water scheme have been increased from 8 to 12 in 12th plan. I have jotted down some of the new initiatives that we need to pursue in the approved 12 plan. Some of our priorities are:

All of us are aware that funds, human resource and other infrastructure is limited. Therefore, we have to prioritize our activities with clear monitorable indices. We need to work as a multi-disciplinary team within the institute and even in a multi-institutional framework. Economic assessment of the technologies is of utmost importance as otherwise it would be remain an academic exercise and farmers would not accept the technology. We do not wish that our technologies should remain on the shelves of the institute. Taking a cue from the advice given by our Honourable DG, I have circulated a proposal to publish few success stories and best practices. I hope these publications would be brought out soon.

Finally, we are fortunate to have the blessings and foot prints of our peers that should help us in taking their vision forward. We should also embark upon the new path and chart out our own foot prints so that new generation of scientists could follow while traversing the complex and tedious path of managing degraded lands and water. On my part, I assure you my full support to any activity that you would like to pursue within the mandate of the institute.