Reclamation and Management of Alkali Soils 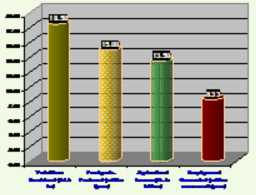 Overall, the area covered by salt tolerant varieties of rice, wheat and Indian mustard has been estimated to be more than 7.5 million  ha  from 2014-2019  (average 1.5 million ha each year) leading to the estimated value of produce through primary spread of around Rs 51573 crores

Irrigation with saline waters should aim to create favourable niches for the better establishment of saplings and also eliminate salinity build-up in the soil. Besides arable cropping, saline waters could be used to grow forest and horticultural plantations and medicinal, aromatic, spices and halophytic crops.

Inadequacy and reliability of canal water are well known. Studies to improve irrigation water efficiencies and system performance have been undertaken to develop on-farm and off-farm strategies.

Domestic and industrial wastewaters are likely to increase several folds in coming decades. As such their reuse and remediation has been one of the thrust areas of research at CSSRI.
Domestic Wastewaters 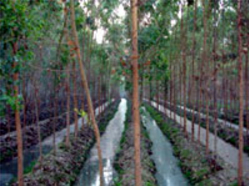 Current disposal alternatives have been documented and found ineffective and environmental by polluting. A package of practices has been developed to reuse domestic wastewaters for arable food and non-food crops. The nutrient potential of these wastewaters has also been documented (Photo top)

Entry of heavy metals in human beings and animals through food chain causes serious health hazards. Flower plants and oil seed crops that are hyper accumulators of some of the heavy metals have been identified 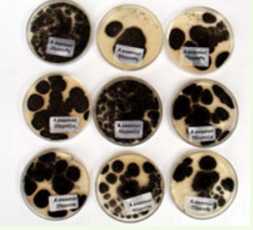 Bacteria and fungal isolates tolerant to 25 ppm of heavy metals like Cd, Cr, Pb, and Ni were isolated from samples of wastewater and sludge through enrichment technique. Majority of the microorganisms were able to tolerate heavy metals up to 400 ppm. These microbes could be utilized for bioremediation of industrial wastewater to remove heavy metals. Renewable biomass of microorganisms may be an environmentally friendly alternative than to costly physico-chemical processes to serve as bio-traps for removal of heavy metals (Photo bottom)

besides undertaking location specific studies to develop technologies for saline/sodic soils and use of poor quality waters.