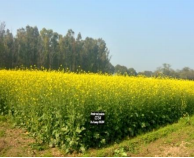 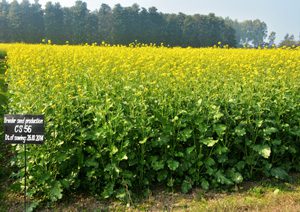 It grows up to a height of 198-202 cm. It matures in about 132-135 days. It is moderately tolerant to Alternaria black spot, black leg (leaf, root and stem rot), white rust, Sclerotinia stem rot, mildew and aphids. Its oil content percent is 39. It is suitable in late sown irrigated conditions and in Rice – Mustard cropping system. It is recommended for Haryana, Uttar Pradesh, Madhya Pradesh, Gujarat and Rajasthan. The yield potential in normal soils is 22-26 quintal/ha and in salt affected soils (having pH up to 9.3 and soil salinity upto 9.0 dS/m) is 16-19 quintal/ha. 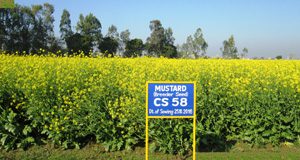 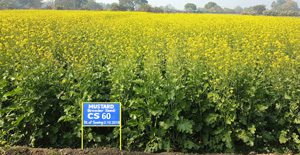 Azotobacter sp. bacteria plays important role in fixation of atmospheric nitrogen in soil. This bacterial species is free living and has IAA and siderophore production attribute. When applied to soil, it fixes N and make it available to the plant. It supplements nitrogen requirement of crops and also promotes plant growth under salt stress. It can be used for rice, wheat, mustard, millets and vegetables. When applied as seed inoculants, it can add 15-20 kg N/ha to the soil. It helps in increasing crop yield by 10-15 per cent. The liquid formulation developed at ICAR-CSSRI, RRS, Lucknow has the following features: